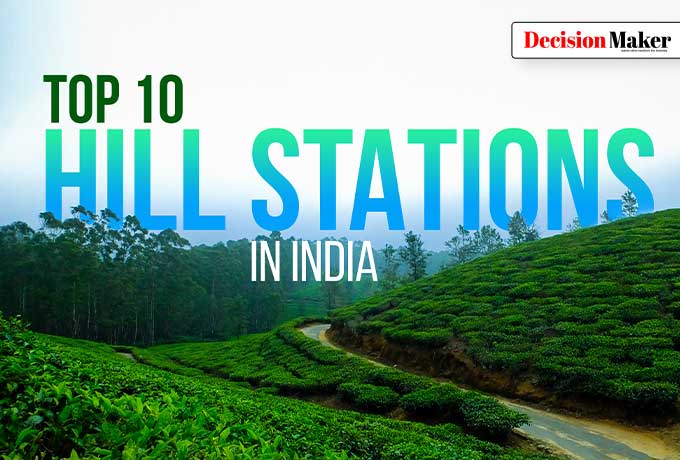 With the highest mountain ranges in the world, the Himalayan ranges running north to east and eye catching Aaravalli and Vindhya ranges flanking the western and central parts, the best hill stations in India offer some of the most beautiful landscapes in the world. From the misty valley of COORG to adventure packed of Kullu. Lets’ see about some of India’s most loved and stunning hill stations.

#1. Darjeeling– It is situated in West Bengal. It is surrounded be infinite emerald green tea plants and set against a backdrop of Jagged white Himalayan peaks, it is nested away in the northern regions of West Bengal. A journey on the Darjeeling Himalayan railway fondly known as the TOY TRAIN. It is a great way to explore and soak in the magnificent surroundings of this hill station.

#2. Shillong – This is capital city of Meghalaya. It sits amidst the khasi hills. One of the most charming hill stations of India, it’s famous for receiving the highest rainfall in the world and for its dynamic music scenes. Soulmate and India’s most famous blues man, lou Majaw.

#3. Croog– This city is in Karnataka. It is spread out on the western ghats, the misty valley of Coorg is covered with landscapes and acres of coffee, tea and spice plantations. Fondly referred as the SCOTLAND OF INDIA. its verdant beauty and pleasant weather conditions a. It is a major centre for spice and coffee production.

#4. Ooty– The city ooty is situated in Tamil Nadu. It was established as a summer retreat by the British and nicknamed ‘Snooty Ooty’, it a visual delight filled with many pretty cottages, fenced flower gardens, thatched-roof churches and terraced botanical gardens. Venture a few kilometers out and you will find yourself covered with greenery all around.

#5. Coonoor, Tamil Nadu- Smaller quieter than OOTY, COONOOR lies in the Nilgiri mountains and is surrounded by rolling hills and tea plantations. The ride on the Nilgiri mountain railway’s quaint toy train from COONOOR to OOTY. It covers the region’s many eye catching spots including the cantonment area Wellington.

#6. Manali- The city lies in Himachal Pradesh. This city becomes very adventurous from all directions, Manali is one of the best hill stations in North India for those who are looking to unwind. The tourists come to hang around in the villages near the main town. The famous rohtang pass is about 50 km away from Manali. The breath taking views of glaciers, peaks and valleys.

#7. Mcleodganj- This city also lies in Himachal Pradesh. The home of Dalai Lama is the destination for many tourists and travelers visiting Dharamsala. Walk around the temple road, hop into many colorful shops. The hub of Tibetan prayers wheels or simply devour streaming hot momos. There is lot of charming and beautiful things in just a couple of blocks.

#8. Munnar– This city is situated in Kerala. The city is equipped with many beautiful scenes and eye catching beauty sprawling tea plantations. The town itself is forever alive with activity, wander a few kilometers out and you will be engulfed in a thousand shades of greenery.

#9. Nainital– This city lies in heart of Uttarakhand. It is one of the most lovable hill stop. It is a very old city and was used by britishers an summer retreat. The small town is equipped all beautiful presence of nature. There is a busy town bazaar and a web of walking tracks around the forested hillsides.

#10. Srinagar- This is situated in Jammu and Kashmir. This city has attracted many tourists. Famous for its glorious houseboats, historic gardens and a mild summer climate, it rests in the Kashmir valley along and around the banks of the Jhelum river. 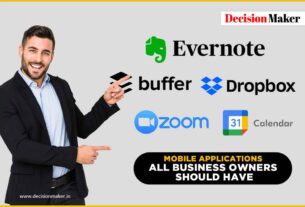 5 Mobile Applications All Business Owners Should Have 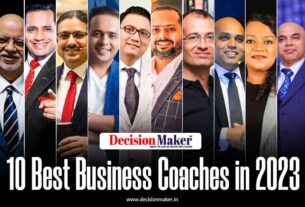 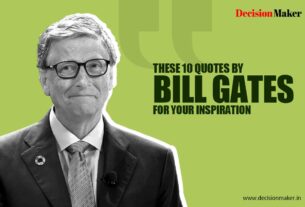 10 Quotes by Bill Gates for Your Inspiration