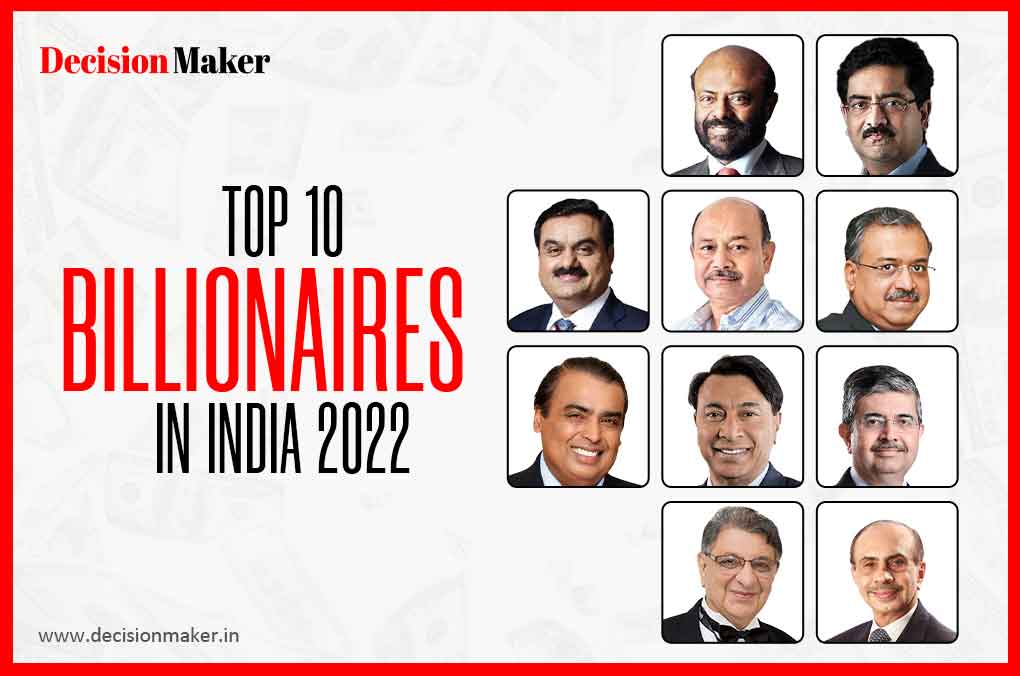 As we are going through the COVID times, we are facing many challenges, mentally, financially, and physically. While we, the normal public or the common men, are struggling in our day-to-day life basis, some people have witnessed their wealth reaching insane heights. Yes, you have guessed it right! I am talking about the billionaires! The Indian billionaires! The number of billionaires has grown by 18.5%, according to Forbes.

By the way, this term ‘billionaire’ sounds cool, does it not? At least for once in our lifetime, we all have wished to become a billionaire, have we not? Yeah, almost we all have, for sure!

Ahead, what we are going to do is, we will be taking a look at the updated list of the top 10 billionaires in India in 2022. Are you excited?! Continue your reading, then!

The net worth of Gautam Adani, who is the chairman of Adani Group is a stunning 137 billion US dollars, which makes him the 2nd richest person in India and the 3rd in the world. And he is also known for being a close friend of some of the big names in the politics of India.

We see him appearing in the headlines quite often, nowadays. Are we not?

With an estimated net worth of 91.9 billion US dollars, Mukesh Ambani continues to be on the list of Forbes as one of the billionaires of or from India. On the World’s Billionaire List by Forbes in 2019, Mukesh Ambani was in the 10th spot. Reliance Industries, of which he is the chairman, has a revenue of 60 billion US dollars. He has an 80 billion dollar investment plan for his Reliance Industries, in over 15 years.

HCL Technologies Co-Founder Shiv Nadar with a net worth of 28.7 billion US dollars ranked 47th in the Forbes list of the World’s Billionaires, in 2019. His company, HCL Technologies, which is the leading provider of software services in India, has a revenue of 11.2 US billion dollars.

The net worth of Cyrus Poonawalla is 25.3 billion US dollars, he is the founder of Serum Institute of India, which has delivered 1.8 billion vaccines for COVID-19.

He is a former investor in the stock market, and later started a grocery store which afterward turned into a supermarket chain, named Avenue Supermarts. Radhakishan Damani has a 20 billion US dollars net worth.

Azim Premji is the chairman of Wipro with a net worth of 19 billion US Dollars. Along with being a well-renowned businessman, he is an engineer, investor, and philanthropist as well. He is also known (informally) as the Czar of the Indian IT Industry.

He is the founder of the fourth largest generic drug maker, Sun Pharma, and also the 115th richest person in the world. Dilip Shanghvi’s net worth is 18 billion US dollars. His pharmaceutical company makes billions in revenue.

Lakshmi Mittal is a globally famous steel magnet and has a net worth of 17.9 billion US dollars. His company, ArcelorMittal, made a net profit of 15 billion dollars in 2021.

Having 17 billion in net worth, Uday Kotak is the founder of Kotak Mahindra Bank, which is one of the most-valued banks in India and has a market capitalization of rupees 1,60,152 crores.

In the year 2016, Forbes recognized Uday as the most powerful person in the financial world. Furthermore, India Today magazine, in the year 2017, gave him the 8th position in the list of India’s most powerful people. And he was also the Ernst and Young World Entrepreneur of the Year in 2014.

With a 16 billion net worth, Kumar Birla is one of the richest people in India. Aditya Birla Group, of which he is the head, makes 46 billion dollars in revenues. Before this, Kumar Birla was working as the chairman of Vodafone India, until August 2021.

So, this was our list of the top 10 billionaires in India in 2022, where we got to know a bit about those billionaires and their net worth. And here we hope that you enjoyed reading this piece of information. 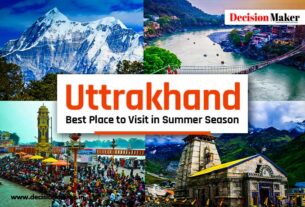 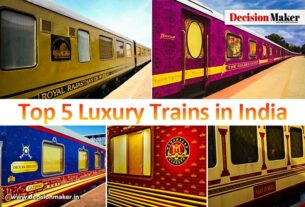 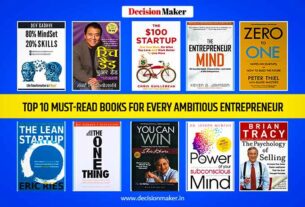 Top 10 Books for Every Entrepreneur Must Read