What do you think is money the sole indicator of development amongst nations? What about happiness, health, and quality of life? The world forums have different aspects, such as Human Development Index, World Development Report, etc. However, the IMF and the world publish the data of the wealthiest countries in the world in terms of Gross Domestic Product and Purchasing Power Parity. It is because the high-level decision-makers consider per capita income the only development source.

The United States of America is one of the most powerful nations in the world, with a per capita income of approximately $65,000. The Gross Domestic Product of the United States stands at roughly $21 trillion. The United States offers a better standard of living to its people. It is also the hub of the information technology industry, with most software engineers’ brains drained from India. Many students go to the United Nations for their educational qualifications because of the universities there.

Moreover, the USA is the second largest exporter in world trade. It is one of the largest exporters of defense equipment in the world. It accounts for a significant portion of the GDP of the United States. The biggest tech giants, such as Microsoft, Apple, and Google, are the most effective service providers in the world. Thus, generating more employment and adding considerable sums to the nation’s GDP.

China is the largest country in South-East Asia and is one of the fastest-growing economies in the world. It was the wealthiest country in 2021. However, in 2022, it will be the 2nd most prosperous country, following the United States of America. China is a prominent exporter of technology and pharmaceuticals.

The People’s Republic of China has a large middle-class population contributing to most of its GDP. Hence, their decision makers curate their industries and the strategic five-year plans.

Japan is the third largest economy in the world in Gross Domestic Product and the fourth largest in purchasing power parity. The service sector contributes a significant proportion to the country’s growth rate. It is a member of the world’s most potent economic forums, such as the G7 and G20.

It has a highly volatile market which keeps floating with the US Dollar. Japan is the fourth largest consumer market and ranks first on the global economic complexity index. It has a significant share in World Trade Organization, APEC, and OECD.

Germany is a highly developed social market and is the 4th most prosperous country in the world. It is the largest economy in Europe. It significantly contributes to trade organizations like European Union, WTO, and OECD.

The significant contributors to Germany’s GDP are the manufacturing and services sectors. Also, the Unemployment in the nation is about 4.4%. Its exports count at around $1.33trillion.

The pharmaceutical center in the United States plays a significant role in the country’s economy and the world’s medical sector. It is one of the fastest-growing economies in the world and the fifth most prosperous country.

The Indian UPI payments are globally accepted in many countries, including France, United Arab Emirates, Singapore, and Malaysia. India is the largest exporter of wheat and rice. Indian software services are accepted worldwide, adding to its foreign exchange.

France is the seventh largest economy in the world in terms of GDP. It is the largest producer of beauty products, and the brands like Loreal Paris have businesses in numerous countries. Therefore, it is one of the largest recipients of FDI in entire Europe. In addition, France spends the highest sums on research and developments worldwide.

Italy is the third largest economy in Europe and the eighth largest world economy in terms of Purchasing Power Parity (PPP).

Italy exports goods worth $632 billion to the entire world. Italy was initially an agricultural economy, but now it is one of the world’s most advancing and wealthiest countries.

Canada is one of the most developed nations and is a mixed economy distinct from the capitalist economies in the West. It is part of G7 and G20 groupings based on GDP. It is one of the least corrupt countries in the world and the tenth most trending nation. Canada is the fourth largest exporter of crude oil and has the third highest value of natural resources in the world.

South Korea has the fourth largest economy in Asia and is the 10th wealthiest country in the world. It is a developed mixed economy and has a high-income generation capacity. The government has low fiscal debts compared to other developed and developing economies. It is also rich in resources and offers the happiest state to its people.

South Korea is one of the leading economies in the world. It has a higher per capita income than other Asian states. Moreover, it is one of the world’s top exporters of technological equipment after China and Taiwan. As a result, South Korea could even avoid the Great Economic Recession when the world was going down an opposing lane.

The Top 10 richest countries in the world are a feature of their GDP. Gross Domestic Product measures the amount of per capita income available. The nation’s decision-makers decide the policies to take GDP to a stable level. It is the people who make the wealth of a nation and put it on better rankings. There are numerous factors to consider while placing on a better rank. You can take help from the above. 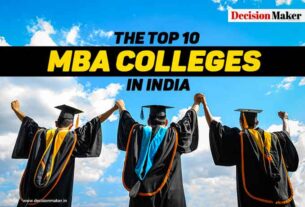 The Top 10 MBA Colleges in India 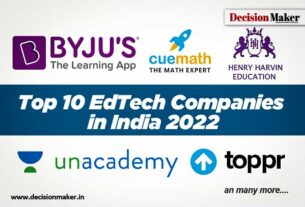 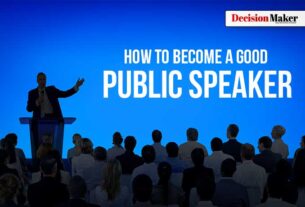 5 Ways How To Become A Good Public Speaker