The word “fashion” itself sounds so cool, interesting, and attractive (well, maybe not for all, like me, but anyway.). Most people all over the world adore and adopt fashion and its trends in their lifestyle, and for some obvious and valid reasons – it enhances people’s physical appearance and beauty. And for this reason, the fashion industry is booming in India and the whole world. There is a pool of fashion brands or companies out there in the market but when it comes to choosing the best or the top ones, well, it is not that easy. They are the kings-of-the-industry types – the ones that are leading the fashion industry, for decades. But nothing to worry about, though. Because we have got you covered.

Continue your reading, ahead and explore the 10 popular fashion brands in the world that we have covered and listed here. So, are you ready to explore and learn about those leading fashion industries? That is great that you are interested to know about them. Keep reading it till the end, then! This is a Multinational Fashion Brand that is based in the United States of America and is originally known as Blue Ribbon (its Former name).  This is one such brand that does not need its introduction at all. The name of this brand, Nike, is enough for everyone around the world to recognize it and what it is all about. Nike is in the existence since January 25, 1964, and is founded by Bill Bowerman and Phil Knight. Nike is a highly recognized brand around the entire globe for its exceptional quality products like shoes, sports equipment, and other clothing products. And as per this report by Statista for the month of May 2022, the total number of employees in Nike globally is 79,100.

Here is another big player in the fashion industry. Adidas. This brand came into the world on August 18, 1949, which means earlier than Nike. Adidas is founded by Adolf Dassler. Before Adidas, Adolf Dassler established the company Puma but later this company became a competitor of Adidas.

But gradually, the Adidas brand became the 2nd largest sportswear manufacturer brand after Nike, according to Wikipedia. Now, Adidas has more than 2450 plus stores on the planet.

In the industry of fashion retail, H&M is an internationally leading brand that came into its existence in 1947 by Erling Persson. The headquarters of H&M is situated in Stockholm, Sweden. And presently it is operating in over 70 countries with more than 126,370 employees around the globe. It is a highly recognized brand that is known for its top-notch products to its customers that is spread in numerous countries.

Now, who is not aware of this world-famous luxury fashion brand, Gucci? There would be hardly any.

We usually raise our one eyebrow whenever we hear about or see a Gucci product, is it not right? Do not we do it? Just like our reaction when we hear the phrase, “a five-star hotel?” Did you just raise your one eyebrow getting a sensation of amazement? See, how I am catching your facial reactions, without even seeing you! Okay, enough of our fun, let us come back to our topic. Where we were? Yeah, the H&M fashion brand.

So, this brand came into the existence in the year 1921 and since then, it is making its unique space in the hearts of fashionista, the one who loves fashion trends and follow them.

Being a part of ABFRL (Aditya Birla Fashion and Retail Limited), Pantaloons is a leading fashion brand in India with over 3,200 brand stores across the nation. The foundation day of pantaloons is October 12, 1987. Sangeeta Pendurkar is the present CEO of Pantaloons.

Maybe this company sounds new to some of you but it is not new in the fashion industry, at all. Instead, it is in the existence since 1949, by Tadashi Yanai. This brand has its store spread in numerous countries like Australia, Europe, the US, etc. It is one of the giant clothing retailers in the world and in Japan, it is leading the whole industry there.

This France-based fashion brand, Chanel is known for timeless elegance that is classic, for more than a century now. As it was founded in the year 1909 by Coco Chanel, and now, this brand has over 300 stores in the world.

Currently, with more than 400 stores, Lululemon Athletica was founded in the year 1988, by Chip Wilson. This is a Canada-based brand and it is believed that this brand was founded in the frustration of its founder as he was frustrated because he used to believe that athletic clothing was not available for women and thus he founded the brand.

Currently, the company is selling athletic t-shirts for both men and women, those t-shirts are inspired by Yoga. Also, more than 19 thousand employees are working under this brand.

Thomas Burberry founded the company Burberry in the year 1856 and now it has become one of the most highly-luxurious fashion brands out there in the industry. This brand is based in England with more than nine thousand employees working under it.

Being the world’s third largest sportswear company in the world, this brand is based in China and was founded in the year 1991. A variety of sportswear is being produced for every sport by one of the leading fashion brands in the world, Anta Sports.

So, this was all that we had in our today’s exploration where we discussed the top 10 popular fashion brands in the world and we also had a bit of fun along the way of our exploration, remember?

Anyway, we hope that it was worth reading for you and you enjoyed it, too. 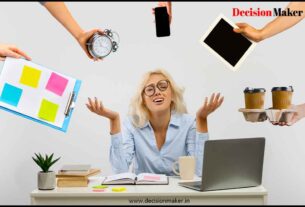 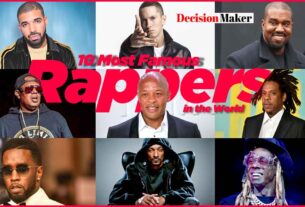 10 Most Famous Rappers in the World 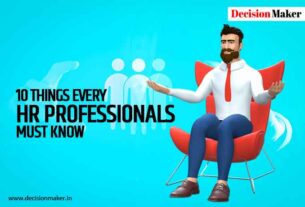 10 Things Every HR Professionals Must Know