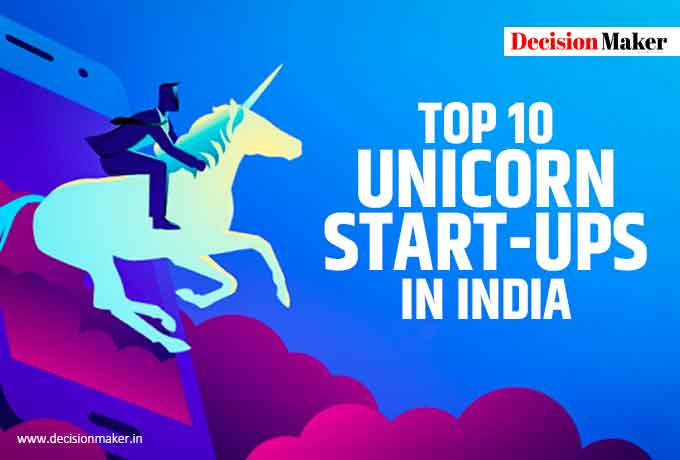 Anyone with an eye for business development and startups must have gone through the term Unicorn once in a while! With an ongoing debate on unicorn businesses and their sustainability in the long-term scenario, the urge to develop one is persistent amongst many emerging entrepreneurs.

They are gradually becoming a significant part of the industrial bubble. So, let’s delve further into the billion-dollar firms that are reaping massive profits and bringing a change to the world!

India is a proud owner of over 62 Unicorn start-ups, and few of them hold leading positions on a global scale. Of all, just 0.004% of the entities can make it to the unicorn passage. Having said that, many Indian unicorns are already making it to the list of 2022, and MamaEarth was a pioneer in reaching this mark in India.

LEAD School, Livspace, Fractal Analytic, DealShare, ElasticRun, and many more are others on the list. Let’s shed light over the top 10 names fetching glory to India as a unicorn startup!

A leading Decision maker who successfully established business ideologies and created $1 Billion worth is the eCommerce platform Flipkart. It’s based in Karnataka in 2007 by the founders Sachin Bansal and Binny Bansal. Softbank, Walmart, and Tencent are among its major investors. It features over 150 million products on its marketplace and holds a $37.6 billion valuation as of July 2021.

Most of us can relate to the Big Billion Days of Flipkart, an online mega sale event that is probably a big reason for its increased valuation. Indian masses discover a myriad of products here, and that too at the most competitive price rates. In 2018, Walmart acquired it for $16 Billion, and at present, it is a leading Unicorn venture in India.

The next entry on our list is Byju’s, which has a headquarter in Bangalore, Karnataka. It is an Edtechstartup that helps students with M-Learning and Distance education. ByjuRaveendran and DivyaGokulnath were the founders of this startup. The journey of BYJU began in 2011, and its primary investors are BOND and Aarin Capital.

In 2021, the latest valuation of this unicorn startup was $16.5 Billion. It is a Bangalore-based Edtech entity that embraces the freemium model and offers tutoring services. Over 15 million students worldwide use Byju’s, and it has more than 900,000 paid subscribers.

Nykaa is among India’s first successful beauty startups and a renowned E-Commerce platform. In 2012, FalguniNayar laid the foundation of this business that deals in cosmetics range and leading skin and wellness products. TPG Growth, Fidelity, Hero Corporate Service Private Limited, and Steadview Capital are its primary investors.

In June 2021, it stood at a decent valuation of $2.3. Nykaa has its headquarters in Mumbai, Maharashtra, and also has over 26 offline outlets all over India. The company deals in over 20,000 products and 2000 domestic and even international brands. The success of Nykaa is evident from its brand ambassadors, which include celebrities like Katrina Kaif and Alia Bhatt.

A joint unicorn start-up by Ashneer Grover, ShashvatNakrani, and BhavikKoladiya, BharatPe started in 2018 and is quite famous for its online payment services. BharatPe has its headquarters in New Delhi, India, and is linked to many Fintech and Financial Services. The prominent list of investors here is Dragoneer, Sequoia, Coatue, and Steadfast Capital.

Another E-Commerce Finance startup on the said list is Paytm, founded by Vijay Shekhar Sharma in August 2010. Its headquarter is in Noida, Uttar Pradesh, and the major investors include Ant Group, AIF Partners, Alibaba, Discovery Capital, T Rowe Price, and a few more.

Their services include Paytm Money, smart retail, and mobile payment, and they are also valid for online shopping. It holds an 11.63% market share in India’s digital payment chain and is a recognized UPI service by most Indians. The net worth of Paytm is more than $16 Billion.

A revolutionary startup in the transportation industry where individuals can rent a vehicle online is OLA Cabs, founded on December 3, 2010. Bhavish Aggarwal and AnkitBhati were the joint visionaries who believed in the concept, and investors like Tencent, Softbank Group, DST Global, and Matrix Partners funded it. It has a mobile app to hire vehicles for community or food delivery and works as a digital wallet for mobile payment. A tentative worth of OLA cabs is $6.5 Billion, and it has expanded to over 250 cities in India.

Zomato brought a breakthrough to the food delivery chain in India by creating a centric platform for consumers. Founded by PankajChaddah and DeepinderGoyal in 2008, it has its headquarters based in Gurgaon, Harayana. Ant Financial, Info Edge, Baillie Gifford, and Sequoia Capital are among the prominent investors. With an approximate valuation of $8 Billion, Zomato helps users with menus, restaurant reviews, orders, and quick deliveries.

Another unicorn startup that made a significant mark is PolicyBazaar founder by Alok Bansal, AvneeshNirjar, and yashishDahiya in 2008. It is an online insurance company that helps in comparing life, motor, health, or travel insurance products to find the best one and holds a $2.4 billion valuation. Even several UAE customers rely on PolicyBazaar to purchase insurance policies at the best rates.

Based in Haryana and founded by Sandeep Aggarwal in 2014, Droom is a B2B marketplace for the automotive. Users can buy and sell that used scooters, bikes, cars, and other automotive products.

It holds a valuation of $1.2 Billion as of the survey date. The platform ensures a seamless buy and sells of automobiles backed by cutting-edge technology. With a whopping marketing share of 80%, it dominates the automobile segment and has over 600K automobiles listed on it.

In 2015, the visionaries BhanuPratap Singh, AnkushSachdeva, and Faris Ahsan started with a social networking mobile app named ShareChat. It has its headquarters in Bangalore and partners with investors like Twitter Ventures and Xiaomi.

The popular video-sharing platform is worth $3 Billion, giving it entry to the Unicorn club. They are a big Decision Maker, with over 50 million content creators listed on their platform sharing videos in Indian vernacular languages.

Many business enthusiasts who believed firmly in their ideologies and were strong decision maker were able to create a startup that helped them in immense profits. The valuation of start-ups is based on tentative potential and an approximate growth rate of these firms. Those managing to make a $1 Billion entity enter the Unicorn startup bubble and set an example for aspiring entrepreneurs! 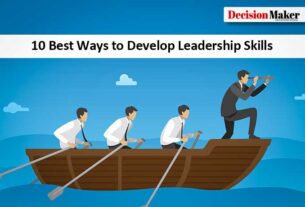 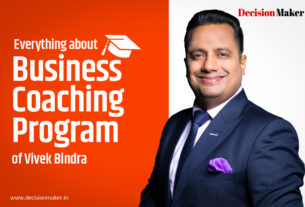 Everything about Business Coaching Program of Vivek Bindra