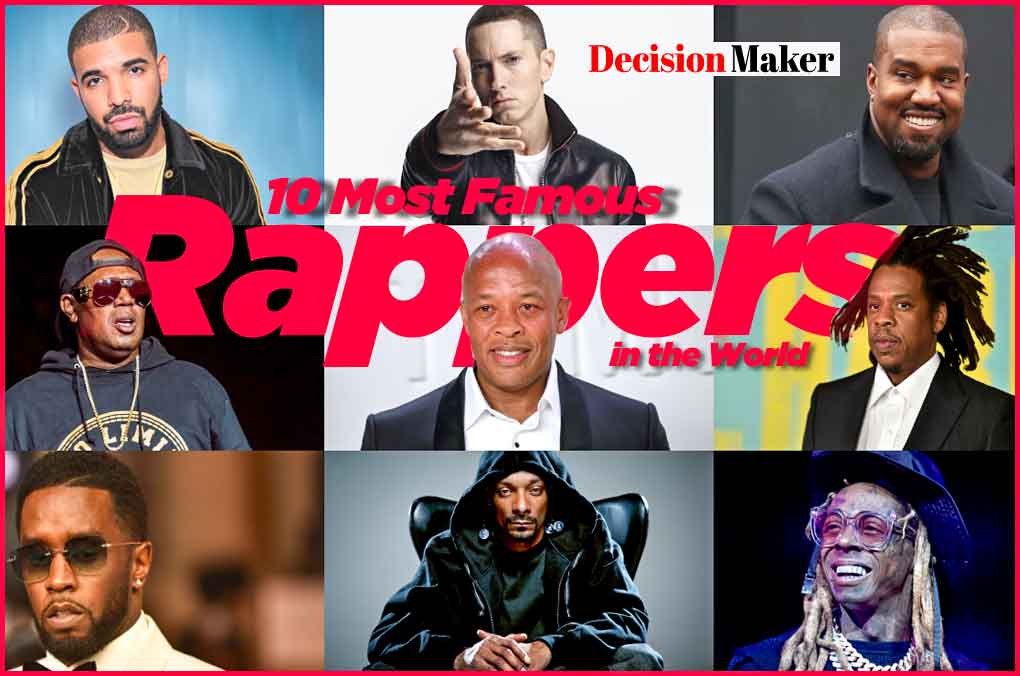 People all around the world love rap songs and the fame and popularity of rap songs are rapidly growing, and for the same reason, new rappers are also emerging from every corner of the globe.

Numerous past and present rappers are leading the industry of Rhythm and Poetry songs (RAP songs). Many of them are our favorites, are they not?

And the interesting thing is that rap songs are good for our brains, and such music or songs are even used as a treatment for mental illnesses such as depression and anxiety! Incredible, is it not?

Though you are free to disagree with or refuse to believe what you just read in the above paragraph, it is true and studies and research have proved it, too. It is called Hip-Hop Therapy. We are not going to discuss that here, though.

So, returning to our main topic of the 10 most famous rappers in the world, who are your favorite rappers? Who is that rapper you adore the most?

Are you excited to see if this list ahead contains your favorite rapper(s)? Then keep reading this till the end and see if your favorite ones are on this list.

Marshall Bruce Mathers III, professionally known as Eminem, introduced a unique style to his listeners. He talks about real life in his songs, unlike some other big rappers in the industry. His freestyle abilities are just incredible.

In terms of language, complexity, and rhyming sentences one can never think of combining, his music goes on a whole different level when he is not worried about public appeal. And what can be said about the metaphors and wordplays that he uses in his songs, they are the best in the world, with one of the finest lyrics of all time.

And, for his craft of writing and rapping, Eminem is called GOAT, which means Greatest of All Time.

Think of any quality of a rapper, Nas has them all. His preference is to be flexible with the standards of technical rhyming, which enables him to compose significantly more detailed lyrical substances.

In his songs, you will find the balance between assertive, offensive, and informal. Nas can be the best example of someone with the perfect mixture of capabilities from different genres that he puts together and that too without causing issues with the rhymes.

Listen to Tupac’s music and it will take you on a trip through his life. For Tupac, rap was more than merely a form or means of entertainment. He always considered rap as a form of art. His music demonstrates his high level of creativity, even in his light tunes that are meant for enjoyment.

Tupac was such a revolutionary artist that his songs fueled several cultural shifts. His flow was also exceptional and every bar that he ever gave was totally in sync with his music.

It is yet another big name in the music industry, especially when it comes to rap music. Jay-Z prefers to keep things simple even when he was highly sophisticated himself. This talent enables him to focus on delivering or communicating his message through his songs. He, through his songs, will make you feel like he has lived his life to its fullest and he carries many experiences to share with the world.

Jay-Z is one of the highest-selling artists and bagged 22 Grammy Awards.

Belonging to the backpacker school of rap that never made its entry into mainstream music, Sage Francis has added more value in his every music in comparison to any other sub-genre of hip-hop music.

His high level of lyrics in his songs is preventing him to climb higher and being enjoyable.

Listening to his music will require you to do a lot of work due to its complexity or intricacy.

There is no doubt that Tech N9ne has got the finest flow of all time. In his music, he uses triplets, multisyllabic rhyming, strange time signatures, intricate rhyme schemes, etc. His music is believed to be some of the greatest of current rap. The flow and rhyme that you will find in his songs will make other rappers’ music less attractive to you.

Apart from being one of the 10 most famous rappers in the world, he is also the founder of Strange Music Inc.

For many of the world’s finest rappers, Rapper Kool G is a personal favorite. Multisyllabic rhyme is used by him very early and while doing so, he also maintained the smooth flow of his songs or music. His capabilities such as breath control, visual tales, flow, and imagination are what made him become one of the 10 most famous rappers in the world.

Royce is not new to the music industry, he is into it for a long time. The most amazing ability that he possesses is his mind-blowing rhyme schemes in his songs, though they are very less in his current songs. His current songs are mostly pop-oriented. His songs are a demonstration of the mastery of his inner rhymes.

He is known for his amusing and witty lyrics and he wears a Doctor Doom Mask, which makes him stand out from the masses of rappers. Though he never achieved stardom, he still became a household name in the underground scene.

And apart from this, he has done voiceovers for cartoons, too.

And here comes the last name on our list of the 10 most famous rappers in the world, Lil Wayne. He has this unique talent of never wasting a line, all the lines in his songs are equipped with jams.

For decades he is using multisyllabic rhyming, innovative rhyme schemes, and numerous wordplays for the enhancement of his craft and techniques.

As the craze for rap songs is increasing every day and numerous new artists are coming forward and taking the stage to set it on fire with their raps in the coming future, here we compiled the list of the 10 most popular rappers in the world who are presently ruling the music industry with their excellent rapping styles. 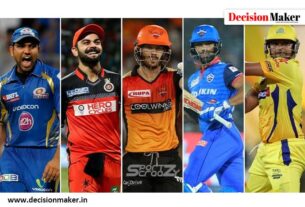 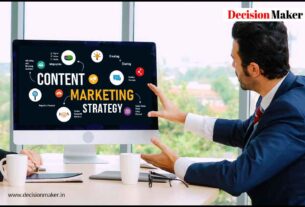 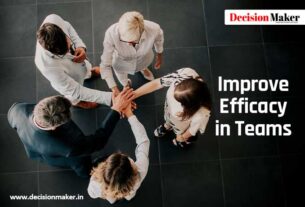 Top 5 Ways to Improve Efficacy in Teams at the Workplace